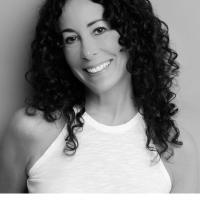 The work of Cindy Press celebrates women by exploring the connection between our physical bodies and personal identity. Inspired by fashion and popular culture Press references personal issues, sexuality and gender as a central theme in her work. Press considers how style reflects how we engage with the world around us. “Clothes are a personal decision and what we choose to wear is the way we express ourselves. Often it’s a gesture or pose I am interested in, it’s there that I see the history of figure or portrait painting”. Born and raised in Philadelphia, Press now lives and works in New York. Being a fashion illustration major at Moore College Of Art And Design prepared her for decades of success in the fashion design world. She went onto work with artists such as Peter Max, an iconic painter of the 60’s and 70’s, interpreting his artwork into wearable art. By merging her knowledge of fashion, the human figure, her life as a woman, mother and artist Press’s artwork forms a narrative that speaks to both men and women. Her female characters are inspired with an array of human emotion that goes beyond gender or age. She does not objectify the subjects of her paintings and drawings but instead seeks to capture their drama, confidence, sex appeal and charm. Press likes to emphasize the provocative, challenging the viewer to think even if it makes them uncomfortable. Her style is heavily influenced by contemporary fashion photography from the 60’s to present time and her signature is the way she transforms black and white oil paint on canvas. Her process is evolving as she photographs her own subjects and merges them with new images to create the reference for her work. Press’s work has been exhibited worldwide and is in private collections around the globe in major hubs such as New York, Los Angeles, Miami, London, Sydney, Dubai and Hong Kong. Some of her clients include Bloomingdales, The Four Season’s Hotel, The Thompson Hotel Group and AIDA Cruise Line. "Wait for Me There"
Sold "Pull Me Back"
Sold "No Easy Way Out"
Sold "It's My Party"
Sold On The Verge
Sold